ARS++ is an implementaion of A++ with a rich set of primitive abstractions providing the functionality of Scheme and more. (The primary name is ARS++ but because some search engines have problems with special characters in keywords, an alternate name ARSIP was chosen, standing for 'ars in progress'.) The implementation is built on ARSAPI for C and includes a Compiler and an Interpreter for the compiled code.

The Compiler ACOMP is written in Scheme and generates code for a virtual machine called AVIM, which is modelled after the SECD-Machine invented by J. Landin.

ARS++ has the following features:

The following two lists describe the registers of the virtual machine AVIM and the machine instructions that can be executed by AVIM.

ARS++ is presented in detail in 'Programmierung pur' 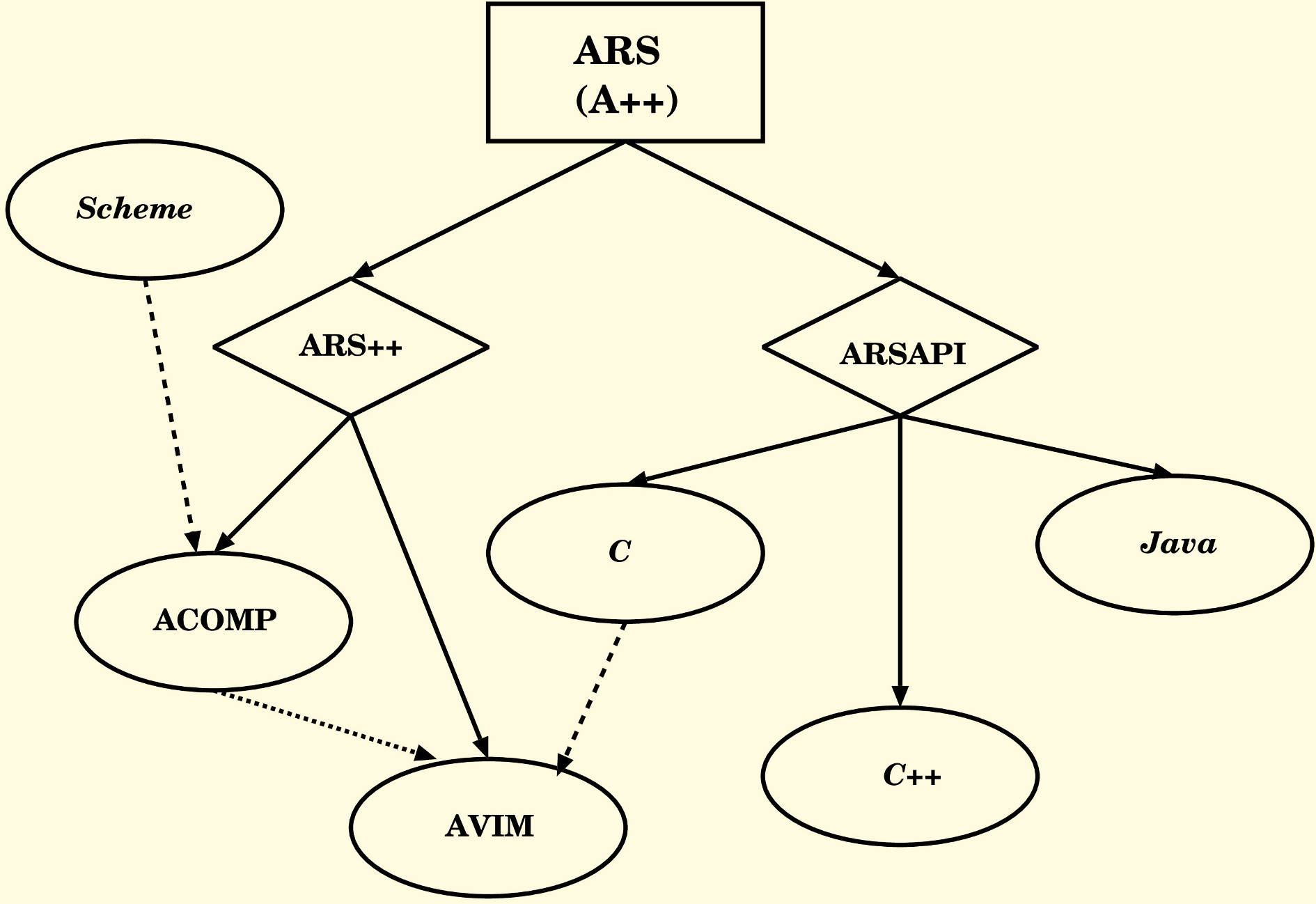